ConstructionCannabis and Hemp
Home
Our Team 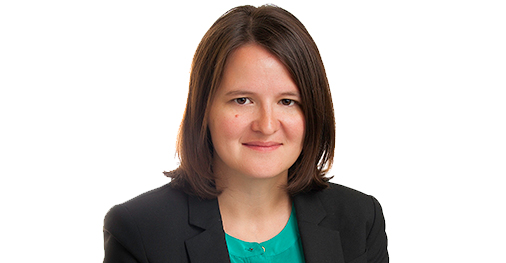 Debra L. Doby concentrates her practice on Workers’ Compensation, Opioid and Cannabis litigation, Maritime law, and Intellectual Property. Named a “Rising Star” in New York Metro Super Lawyers every year since 2016, she has built a reputation on success in the courtroom and as well as a history of substantive and innovative engagement with the issues her clients face. Debra is an authority on workers’ compensation law, and focuses her practice in that area on litigating complex and novel claims and on helping large employers and insurers develop risk-management programs and reduce overall spending on workers’ compensation and related costs. She draws on a background in chemistry and experience working with epidemiologists and other medical specialists to litigate claims involving HIV, tuberculosis, COVID-19, and other established and emerging communicable diseases. Debra routinely handles all aspects of complex construction matters pre-litigation through trial encompassing OSHA, Jones Act and Longshore and Harbor Worker’s Compensation Act. Debra has particularly deep experience in the construction and maritime industries, and regularly handles complex construction and maritime matters from the pre-litigation stage through trial, including matters involving OSHA, the Jones Act, and the Longshore and Harbor Worker’s Compensation Act. Drawing on her undergraduate degree in chemistry and substantive knowledge regarding prescription medications, Debra also regularly engages in highly complex and high value patent litigation including pharmaceuticals, chemical processes, and biotechnology.

Drawing on both her undergraduate degree in chemistry as well as her insights into workers’ compensation issues and trends in pain medication prescription practices nationally, Debra created Goldberg Segalla’s Opioid Impact Program (OIP)—a comprehensive program designed to help claims professionals reduce claimants’ use of prescription medications. The program also helps identify and mitigate claims that have the potential to spiral out of control in terms of cost and exposure. She frequently writes and presents on the subject for industry publications and conferences.

Debra is an authority on maritime law generally and on workers’ compensation issues arising from maritime occupations. She developed this interest as a legal clinician at Maritime New Zealand in Wellington, New Zealand, where she counseled employees on OSHA, delegations, and other obligations under the Maritime Transport Act. She continued to develop her study of international trade while earning an L.L.M. at Trinity College, Dublin, and has written on comparative law and maritime jurisdictional conflicts. Today, Debra assists her clients in ensuring compliance with a wide range of internal conventions including the International Convention for the Safety of Life at Sea (SOLAS), International Convention on Load Lines, International Convention on Standards of Training, Certification and Watchkeeping for Seafarers (STWC), pilotage, and the United Nations Convention on the Law of the Sea (UNCLOS). She also represents her clients in litigation arising from maritime workers’ compensation claims, and has tried many cases involving the Longshore and Harbor Workers’ Compensation Act, the Jones Act, the Limitation of Liability Act, and other federal and international regulations.

As a member of the Intellectual Property practice group, she works to protect the ideas, innovations, inventions, and creative property that have fueled her clients’ successes. This includes litigation and arbitration involving patents, trademarks and copyrights, trade secrets, licensing and portfolio management, and unfair competition—especially in matters of international trade.

"Exploring the Limitations of Interventional Pain Management," DRI For The Defense

"How Artists Can Curtail Online IP Theft Defended by Fair Use," Law360