Goldberg Segalla’s commitment to diversity and inclusion is strong, sincere, and a critical component of our firm’s mission and culture.

Our philosophy has always been that we hire people who are excellent at what they do, and even better human beings. Period. We feel we would be doing a disservice to our firm and to our clients if we didn’t include contributions from every available resource.

Goldberg Segalla’s culture is one that values team-spiritedness, collegiality, and interpersonal harmony within our working community. We are a firm that believes in diversity in the workplace, and we are proud to offer a professional and positive work environment for each and every member of our team.

On these values, and on our commitment to diversity, we will never waver. 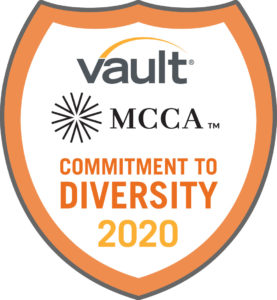 For more than a decade, Goldberg Segalla has proudly supported the ABA’s Judicial Internship Opportunity Program, which provides racial and ethnic minority law students, along with members of other groups underrepresented in the legal profession, opportunities to serve as an intern with a judge during the summer after their first or second year of law school. Joe Hanna—an alumni of the program himself—acts as a mentor and leader in the program, through which he has conducted more than 100 interviews for students across the country.

The firm recently became involved with the Say Yes Buffalo internship program. Goldberg Segalla will welcome a law school intern to work alongside the firm’s records team, supporting legal assistants and paralegals, and shadowing attorneys during depositions and at court hearings. They will gain firsthand knowledge and experience working at a law firm. By completing this internship, the student will receive the proper support, resources, and opportunities needed to graduate law school and be prepared for a successful career.

Goldberg Segalla has participated in the Thurgood Marshall Summer Law Internship Program, the New York City Bar Association’s flagship pipeline program for high school students. As a participating legal employer, we’ve hosted high-achieving inner-city students for the summer and collaborated with the NYC Bar to provide them with additional programming before, during, and after the summer designed to help them prepare for a legal career.

We developed a formal Diversity Clerkship Program in collaboration with the MBAWNY and the University at Buffalo Law School to provide opportunities for minority law students to gain firsthand experience in the legal system. Since it was launched in 2011, the program has placed over 200 students in clerkships in area courts as well as in several area law firms, with more judges and law firms asking to participate every day. Our program earned the firm the Minority Corporate Counsel Association’s George B. Vashon Innovator Award.

We also have sponsored Success in the City, an annual diversity networking and mentoring event developed by Joe that brought together students, legal and business professionals, educators, nonprofits, and political leaders to make lasting partnerships. Many employment, business, and mentoring relationships resulted from this event. Past events have drawn over 500 political and business leaders, legal professionals, and students. Success in the City has influenced the development of similar programs in Baltimore, Cleveland, Birmingham, Dallas, and elsewhere.

We are proud to receive consistent regional and national recognition for the innovative programs we have developed and the results we have been able to achieve—both within our own firm and across the wider business and legal communities. The following is a sampling of the firmwide or individual honors we have received for implementing initiatives that make a difference for diversity and inclusion:

What we are proudest of, though, is that our efforts have shown significant results and continue to make a lasting impact on the lives of many.

Our Diversity Task Force, which includes members of our Facilitation (executive) Committee, conceptualizes and implements diversity-focused programs, and gives diversity a voice in our decision-making at the highest level. The individuals on this task force share the firm’s strong commitment to increasing diversity, and they use their unique experiences and backgrounds to support and advance that goal. In addition, many of the diverse leaders at our firm are also senior leaders and tireless advocates in diversity-, inclusion-, and equity-focused professional and community organizations outside the firm. A few examples include:

Goldberg Segalla is proud to be a member of the Minority Corporate Counsel Association (MCCA) Firm Affiliate Network, which was created to assist and acknowledge law firms that are committed to advancing diversity and inclusion in the legal profession.

We are also a member of the Leadership Council on Legal Diversity (LCLD), a national organization of leaders in law firms and corporate legal departments dedicated to creating a truly diverse legal profession. As a fellow of the LCLD, Joe Hanna played a critical role in organizing the first-ever New York City LCLD Fellows Roundtable event, and he was instrumental in establishing a mentorship program in Hartford for local first-year law students.

Many of our attorneys are members of and hold leadership positions in bar associations and organizations focused on diversity and inclusion. They are frequent speakers on diversity-related issues and participate in CLE and professional education programs. Our attorneys have partnered with local and national organizations including:

Our firm is committed to spreading the message throughout the broad legal and business communities that embracing diversity contributes to greater overall success. We conduct training sessions for in-house counsel at Fortune 500 corporations on increasing and promoting diversity.  Our attorneys have authored articles and delivered presentations on diversity for various legal organizations, including DRI and the ABA, and our efforts and accomplishments in this area have been profiled in publications such as Law360, the New York State Bar Association’s State Bar News, Business First of Buffalo, the Buffalo Law Journal, and others.

In one example of our work to provide inspiration and raise awareness of diversity and women’s issues in the legal community, Caroline J. Berdzik, chair of our Employment and Labor and Health Care practice groups, spoke to Law360 for the publication’s “Female Powerbrokers” series. In the interview, Caroline discussed her career, the challenges of being a woman at a senior level at a law firm, the work-family life balance, and the importance of taking risks. She also offered guidance to female attorneys on moving their careers forward and advice to law firms on both increasing the number of women partners and retaining top female talent.

Joe Hanna was also featured by Law360 in its “Minority Powerbrokers” series, in which he shared his perspective on breaking the glass ceiling in the legal industry, the challenges of being a lawyer of color at a senior level, how law firms can increase diversity in their partner ranks, and Goldberg Segalla’s core commitment to diversity.

At Goldberg Segalla, we have always prided ourselves on our diversity as a firm and the importance of diversity in the legal profession, in general. We sat down with some of our attorneys to hear their stories and learn what shaped their legal careers.

We are proud of what we have accomplished thus far, but we also realize that this is a long-term mission. We will continue to innovate and to improve diversity in law and business — both within Goldberg Segalla and across the communities in which we live and work.

A Talented and Diverse Team

To put our philosophy and commitment into practice, we have a Diversity Task Force in place to conceptualize and implement diversity-focused programs as well as give diversity a voice in our decision-making at the highest level. The individuals on this task force share the firm’s strong commitment to increasing diversity, and they use their unique experiences and backgrounds to support and advance that goal. The team meets regularly to create programs, schedule events, establish diversity initiatives both inside and outside of the firm, set long-term goals, and develop the strategy to recruit and retain people from diverse backgrounds. 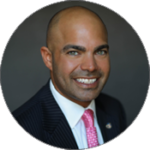 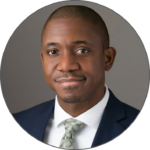 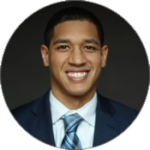 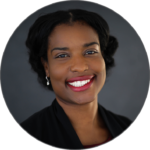 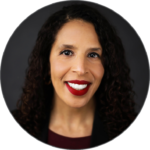 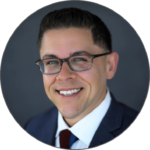 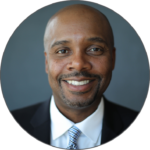 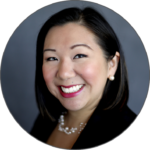 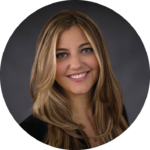 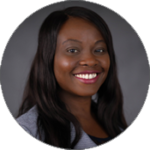 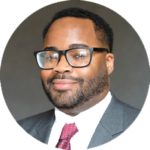 If you have questions regarding any of the firm’s diversity initiatives or would like to discuss ideas regarding increasing diversity in the legal profession, please contact Joseph M. Hanna (716.566.5447;  jhanna@goldbergsegalla.com) or another member of our Diversity Task Force.