Sports and EntertainmentRetail and Hospitality
Home
Our Team 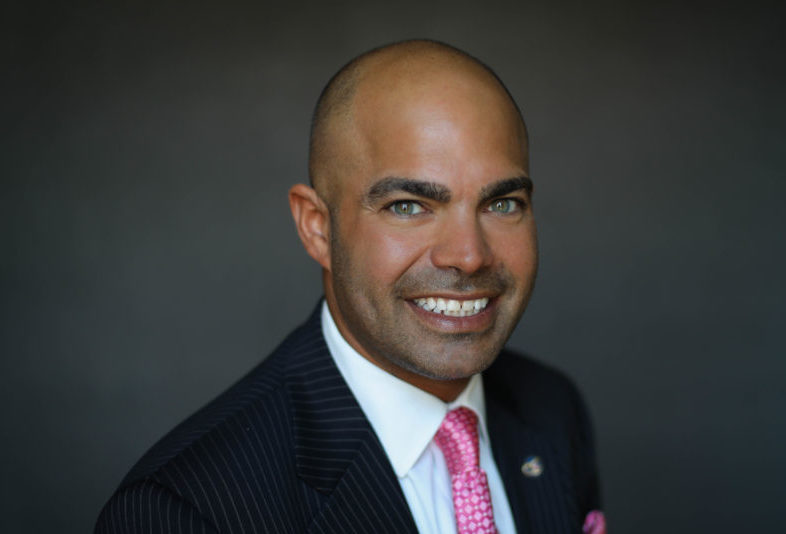 Joseph M. Hanna is a commercial litigator and legal adviser recognized for his work in retail and hospitality and sports and entertainment law. With a national practice and industry-wide reputation for leadership, Joe is consistently ranked among the top 10 attorneys based in Western New York in Business First’s annual Legal Elite, and in 2015, Joe was the youngest honoree ever to be named Lawyer of the Year in the Bar Association of Erie County’s 130-year history.

Joe co-chairs Goldberg Segalla’s Retail and Hospitality practice, which services all the diverse legal needs of some of the largest corporations in these evolving industries. National retail and restaurant chains, global hotel and hospitality enterprises, shopping centers, property owners, and developers rely on Joe to find creative and cost-efficient resolutions to disputes with other parties, to represent them in commercial litigation, and to handle a broad array of legal and business challenges.

Joe also represents major-league sports franchises, professional athletes, movie studios, and others in the sports and entertainment world on a wide range of high-value matters involving licensing, contracts, and day-to-day business management. He is nationally renowned a for his work in media and entertainment law and for his authorship of leading articles on high-profile issues in these areas—including the first truly comprehensive examination of the legal issues in the National Football League concussion litigation controversy. An accomplished mediator, he is also a member of the International Institute for Conflict Prevention and Resolution’s Panels of Distinguished Neutrals, a group of global leaders in providing and promoting alternative dispute resolution.

A leading voice for diversity in the legal and business communities, Joe is chair of Goldberg Segalla’s Diversity Task Force and has held multiple leadership roles in the Leadership Council on Legal Diversity (LCLD) as well as diversity-related positions within the DRI and the American Bar Association (ABA), where he served several years as co-chair of the Young Lawyer Leadership Program, chair of the Minority Trial Lawyer Committee, and editor-in-chief of Minority Trial Lawyer. He has received accolades that include the IDEA (Inclusion, Diversity, Equity, Awareness) Award, Minority Corporate Counsel Association George B. Vashon Innovator Award, the New York State Bar Association Diversity Trailblazer Award, and the University at Buffalo George W. Thorn Award. He is the recipient of numerous honors, including an AV Preeminent Peer Review rating though Martindale-Hubbell and frequently appears on lists such as Upstate New York Super Lawyers Rising Stars.

In 2014, the Leadership Council on Legal Diversity (LCLD) selected Joe for their Fellows program; he now chairs the New York chapter for the LCLD Success in Law School Mentoring Program. He is also a mentor with New York Legal Education Opportunity (NY LEO), an organization designed to ensure a diverse legal community by promoting academic success in law school for individuals historically underrepresented in the legal profession, and administered through the New York State Judicial Institute.

In addition to his legal practice and leadership in diversity-related positions, Joe is the founder and president of Bunkers in Baghdad, a nonprofit that collects and sends golf equipment to U.S. soldiers and veterans worldwide to aid in recreation and rehabilitation from injuries.

In 2014, Joe was one of just over 160 lawyers under 40 in the entire country to receive Law360‘s Rising Star honor, and one of only five in the Media and Entertainment category, that year. In 2017, the American Bar Association (ABA) placed Joe on its prestigious “On the Rise—Top 40 Young Lawyers” list, honoring him alongside only 39 others from a competitive crop of over 2,800 nominees nationwide.

Chambers USA Diversity and Inclusion Awards, Shortlisted for the Outstanding Contribution to Furthering the Advancement of Diversity in the Legal Profession (Private Practice), 2019-20

Bar Association of Erie County, Lawyer of the Year, 2015

New York State Bar Association featured article of the month, “The NFL v. Cable Television: Which Heavyweight Will Be Left Standing?,” May 2008

DRI’s Young Lawyer of the Year Award for Outstanding Service, 2007

Bunkers in Baghdad, which Joe founded in 2008 and still runs as its president, has sent nearly 12 million golf balls, nearly 1 million clubs, and messages of thanks from “Bunkers Buddies”—students in 800 schools—to U.S. troops and veterans in 70 countries around the world.

Recognition for Bunkers in Baghdad

In a Look Ahead to 2022, Three Goldberg Segalla Partners Interviewed by Law360

Joseph M. Hanna Interviewed by the Golf Channel in Recognition of Bunkers in Baghdad on Veterans Day